What is RJ45 Connector Used For? 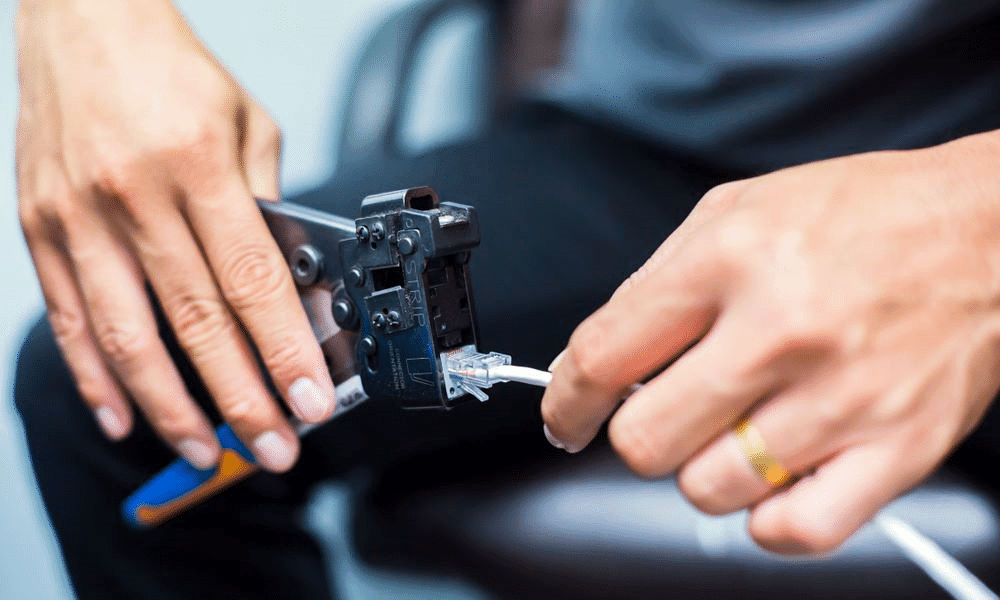 Networking and telecommunication have come so far from where it was even 20 years ago. And a large part of the whole process is depended on what sort of connectors and ports are put in the blend.

And as long as modern networking is concerned, RJ45(Registered Jack) connectors are the key interfaces. But for non-techies, it has to be clear that exactly what are the areas of use of this particular type of connectors.

To make it simple and accessible, we have crafted a beginner’s guide on what is an RJ45 connector, what it’s properties and specs are and what is RJ connector used for.

Give yourself a few minutes to go through the whole guide-

What is RJ45 Connector?

RJ stands for ‘Registered Jack’, which means a physical networking interface that can connect networking devices, telecommunication devices and other sorts of data equipment. And the number ‘45’ resembles the number of   standards.

Therefore, RJ45 connectors are a twisted-pair connectors that are mostly used in ethernet cables for the sake of networking. These are also called 8P8C connectors as well(explained in the next paragraph).

There are two types of cables that can be fed into an RJ45 connector- one is the CAT4 and another is the CAT6. The first one enables four-wire connections between devices and the second one comes with a 6 wire connector.

The physical structure of an RJ45 connector has these specifications-

From a plain viewpoint, the physical scheme of an RJ45 connector provides us with a number of benefits. Let’s have a look-

When it comes to wire RJ45 connectors, there are two different standards in practice. One is called the T-568A and another is T-568B. Among both of them, the T-568B is the most commonly used one, where the T-568A is also used in many devices.

Some of the networking device sets come with an ethernet cable of crossover tupe, where you can see both T-568A and T-568B on two ends of them. This particular type of cable is used in connecting computer to computer directly, where you won’t have any connective devices such as the hub, router and switch.

What is RJ45 Connector Used For: 5 Areas of Uses

To Connect Computers to LAN

The most common use of RJ45 connectors is in networking. If you have got a computer that needs to be connected to other network elements(LAN), then the RJJ45 connector has to be called in duty.

There is a handful of devices for which you need to use RJ45 connectors as connecting mediums. Here is a list of such devices-

Another use of RJ45 connectors is the TCP or IP internet traffic. For this purpose, you have to utilize either an unshielded or a shielded twisted pair cable of wither CAT5 or CAT6 type of copper cable.

The Registered Jack connector is also used in standard network cards and other computers that connect to the network.

Comparing to it’s close sibling RJ11, it has a few advantages in this kind of use. And the advantage is, RJ11 utilized only a couple of the wires(from 4) of the phone or other telecommunication devices.

In Serial and ISDN Protocols

RJ45 ports and connectors are used in serial and ISDN protocols. All 8 of the pins take part in the communication and they are wired in a straight-through configuration.

RJ45 Vs RJ11: The Basic Difference

Right in the previous section, we have stated that RJ45 has some advantages over its close cousin- RJ11. As we are discussing the areas of uses of registered jack 45 connectors, the head-to-head comparison of both of the RJ connectors is an important concern.

Therefore, here is a head to head comparison between RJ45 vs RJ11 type connectors-

While making sure that high-speed communication is done with association of CAT6 type cables, RJ45 connectors can work within low-speed scenarios as well. Hence, the uses of Rj45 connectors are vast, and hopefully, you have a complete idea of this particular type of connector by now.

How to Mount Security Camera to Soffit: 5 Simple Steps

Upgrade Existing Home Security System: Everything You Need To Know

How to Add IP Camera to Blue Iris?