How Much Current Can Cat5 Carry: Question Answered 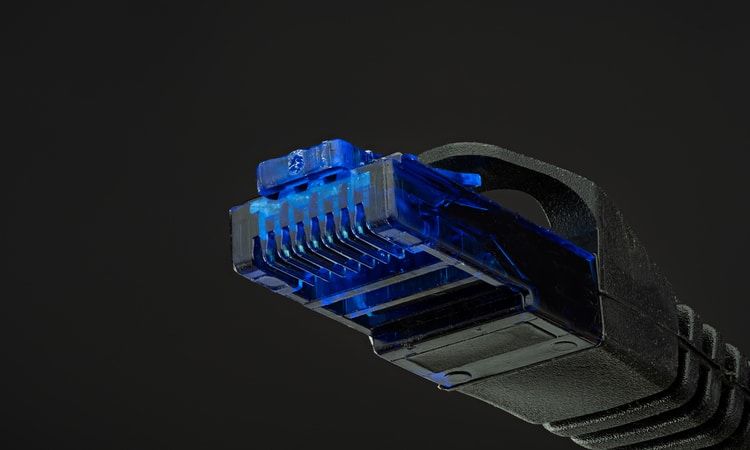 Cat-5 is the standard ethernet cable for carrying different kinds of signals. The category 5 cables are your solution for many digital distribution problems.

Most commonly used in building computer networks, cat5 can be your reliable ethernet wiring.

That’s why it’s important to understand how much current can cat5 carry.

In this article, we’ll decode how much current gets through your cat5 cables. We’ll also try to give you a formula that helps you figure out the different current requirements for different cat5 variations.

So what are you waiting for? Let’s get started.

What Is The Cat5 Cable?

A cat5 or a Category 5 is a standard twisted pair cable. It is used mostly to build computer networks for other data transferring needs. The most common usage of a cat5 cable is in your ethernet.

However, the traditional cat5 has been obsolete for a while now. It’s hard to get your hands on those. But if you did manage to find a pair, you’ll see that it only used two pairs of twisted wires.

This feature gave the cat5 its traditional 100 Mbps/100m speed. This does not come in handy anymore. That’s because the minimum requirement for an ethernet line has become at least 1000 Mbps/100m.

The current capacity of the cable indicates the maximum current it can carry. The diameter and the maximum length of the cable can dictate the capacity.  The surrounding temperature can also play a part here.

If we were to answer the question in brief, we’ll have to look at the AWG chart. According to the chart, the cat5 is a 24AWG rated cable. This means it’s a 24 gauge wire.

You will see that as the gauge increases, the diameter of the cable decreases. So does the current capacity.

For 24 AWG copper insulated cables, the ideal current is from 2.1 Amp to 3.5 Amp. So, you’ll successfully be able to push ~2.2Amp through your cat5 cables.

The calculation for the maximum capacity is:

To find out your Cat5 cable’s current carrying capacity, use the formula above. However, the range varies according to the different diameters of the cable.

Depending on that capacity, you can design or use your cables for your circuitry.

There’s another way to increase current capacity. That is you can use two cables if needed.

But, cat5 cables have been off the market for a long time now. They are an obsolete model. The last time they were revised was before 2001. From then on, there have been many upgrades and nuanced inventions.

If your connection is failing every time multiple devices are connected, it’s time to change your cable.

For a stable connection and faster speed, you can look at some recommendations for cables we have:

Now you’ll probably need to look into other alternatives. Don’t make a decision right away!

Finding A Better Alternative for Cat5

Now that you know the rule of thumb, let’s actually figure out your cat5 cables’ current capacity in different scenarios.

If a cable’s current capacity exceeds, there’s a risk of permanently damaging connected devices and conductors.

Furthermore, the market has been rightfully swiped off of the cat5 cable and replaced with cat5e. There are other variations of the cables too. Such as cat6, cat6a, cat7, etc.

Let’s look into their features to see which one is the better one.

The cat5e is an upgrade to the existing cat5. The cat5e can support up to 1000Mbps/100m speed. It uses the advanced technology of four twisted pairs of cables to give it better speed and frequency.

It also had better shielding. That means the cable is much sturdier and stronger. The increased wiring and shielding make it an ideal cable for permanent use as well.

Cat5e is also categorized as a 24AWG rated cable. So, the current capacity for cat5e is similar to cat5-

Thus, the cat 5e cable is a suitable alternative for replacing cat5.

Cat6 is a further upgrade to the existing cat5e. Cat6 has a speed capacity of 10Gbps/55m and a frequency of 250 MHz. It has the capacity and speed to support any device in a short distance. So, your ethernet connection will be reliable and strong.

The other thing that cat6 can achieve is future-proofing. If you are going to use a cable for something permanent, cat6 is your best bet.

If you’re wiring your house, opting for an upgrade is always the smart choice.

Cat6 is rated between AWG 23 to 24, so its current capacity varies. However, we’re considering the AWG 23 to be standard.

The current capacity of cat6 is a bit higher. So, if you’re looking for a cable that can handle more amps, this is it.

Cat6a is a minor improvement on the existing cat6. It is an augmented model. Hence, the “a” in the name. It uses 4 pairs of twisted cables inside that are shielded. There is an overall shield covering the whole cable too.

It has a better speed capacity and almost double the length of the original. It maintains a more stable network over increased cable length. It also provides better speed and frequency.

However, it is less flexible than the cat6.

As its AWG rating varies, you can choose the AWG rating accordingly. So for similar or higher current carrying capacity, go with AWG 23 or 24.

There are also a few other variations of the categorized ethernet cables. These are very useful for industrial applications.However, they might not be as beneficial in our day-to-day ordeals.

You can still look into cat7, and cat8 to gain more knowledge about them.

All of these cables use the same RJ45b port, mostly known as the ethernet port. No matter how upgraded the cable is, they’ll work with regular ethernet ports on your devices.

Unless you really need the extra support and frequency, stick with the good old cat5e.

Question: What is cat5 used for?

Answer: It can be used for any task that needs a twisted pair cable. But it is most commonly used for building computer networks and in ethernet connections.

Question: Should I buy a cat5 or a cat6?

Answer: Cat6 is the better, faster version of cat5. It is more reliable. The old cat5 isn’t held as the standard anymore.

Question: Will a cat5 ethernet slow down my wifi?

Answer: Technically, no ethernet should slow your WiFi down. But with multiple devices streaming, and downloading at the same time, it will.

If you have read this far, thank you so much for coming along. Here we have solved how much current cat5 can carry and alternatives for cat5.

If you read this article carefully, you’ll see the subtle differences in each kind. Hopefully, it’ll help you decide which cable to choose for yourself. Good Luck!

Kerish Doctor Review: Is It Really Worth Buying?

Superbird Browser Reviews: Is It a Chrome Look Alike?

The Best Universal Remote of Today: iRule vs Roomie